"My family has worked in the textile field since 1968…. We design and create shawls, throws, stoles, cushion covers, tablemats, curtains, etcetera. Some 30 artisans collaborate with us now."

"Hello. My name is Sandeep but friends and family call me Prince. I really don't know how I got this name, and I never bothered to ask, because I enjoy it.

"I was born and brought up in Delhi, where I completed all my schooling, then earned a degree at Delhi University. While in school, I was the 'head boy,' so that was really cool. I had lots of fun, but I also had to take on many responsibilities.

"My family has worked with textiles since 1968. In 1991, while I was still studying, I began to get involved in my family's endeavor. After graduating, I partnered with my family in our business. My father looks after the yarn spinning, and I handle the making of the textiles.

"It is a great opportunity for us to be associated with Novica. I hope that through this partnership our family textile business will reach new heights."

The original jamawars were made by hand. All the motifs were painstakingly done using needle and thread, and it took years to complete one shawl. Due to the intricacy and time it took to make, it was expensive and only the rich and royals could afford it. In Southeast Asia, it was considered a mark of royalty. It was not until the jacquard loom was invented in the late 18th century that jamawar become more affordable and more popular.
SORT BY 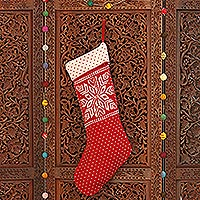 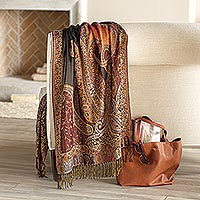 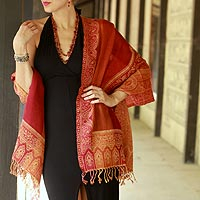 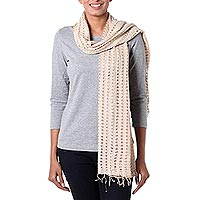 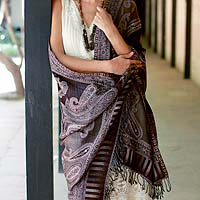 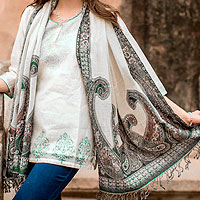 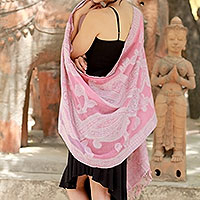 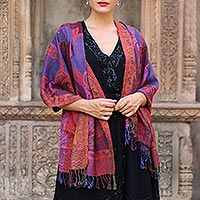 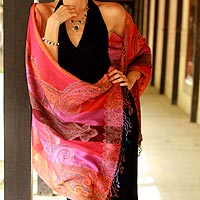 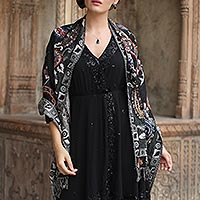